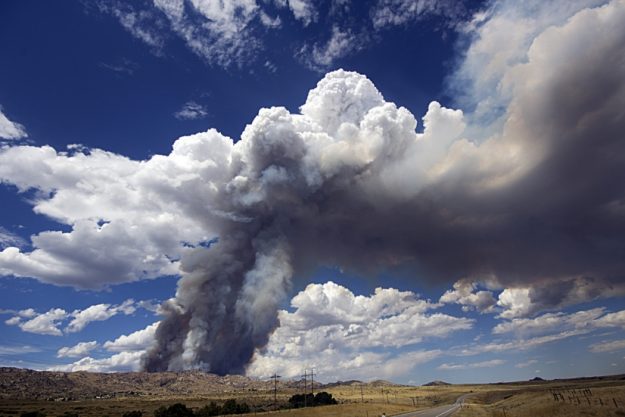 “We live in a society in which responsibility for everything is being offloaded onto the individual.”

But it wasn’t “average” North Americans who knowingly spread climate misinformation, funded climate denying organizations, leased record amounts of land to oil and gas companies, invested in highways over public transit, created and maintained subsidies to fossil fuel companies and promoted the construction of pipelines and export facilities that will neutralize any emissions reductions made in other sectors.

But the “we” rhetoric  conveniently ignores the incredible access that oil and gas companies have to government via ongoing lobbying efforts.

For instance, since the Liberals were elected in October, Suncor has met with federal officials 54 times, including three times with Prime Minister Justin Trudeau. Imperial Oil and Shell Canada have contributed an additional 37 and 38 meetings, respectively.

To meet the 2020 target of 25 per cent carbon emissions below 1990 levels, the richest quintile of Canadians would need to cut 51 per cent of emissions, while the lowest only 12 per cent.

In other words, while we’re all indeed consumers of fossil fuels, “owning up to our responsibility” will look very different depending on where we fall on the income spectrum.