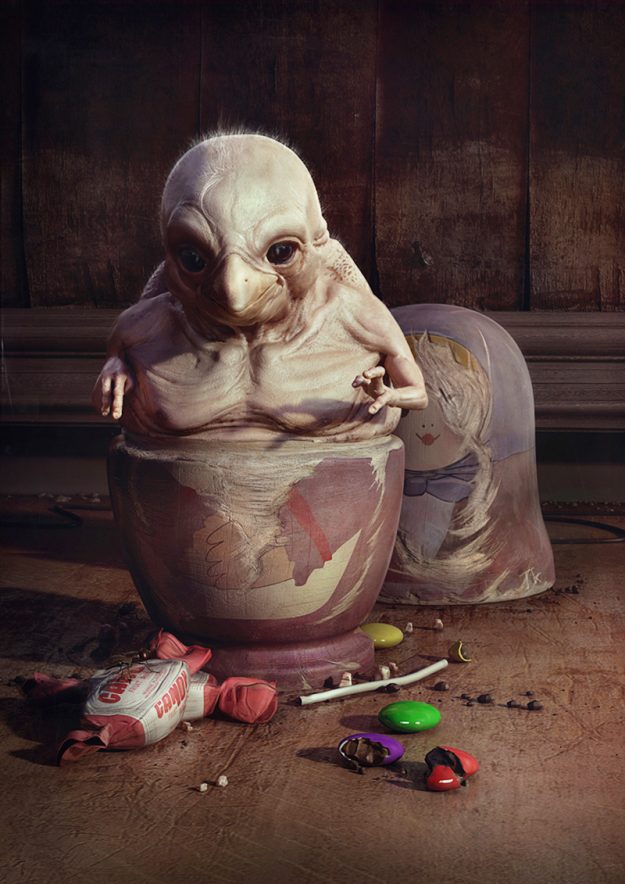 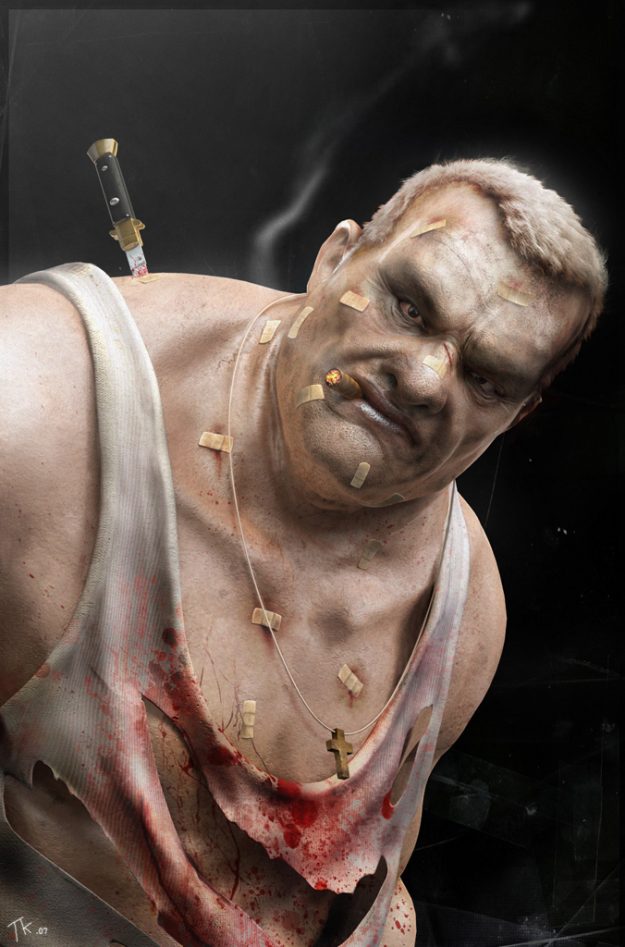 Yeah, that’s Marv, from Sin City, one of the most iconic characters in all of 20th Century literature. The artist is from the Czech Republic, a young guy who hasn’t quite finished copying his idols. But hey, that first pic of the zombie chicken in the stacking Russian dolls? Booyah! Double First-Class A Number One! As the Teletubbies say, "Again! Again!"