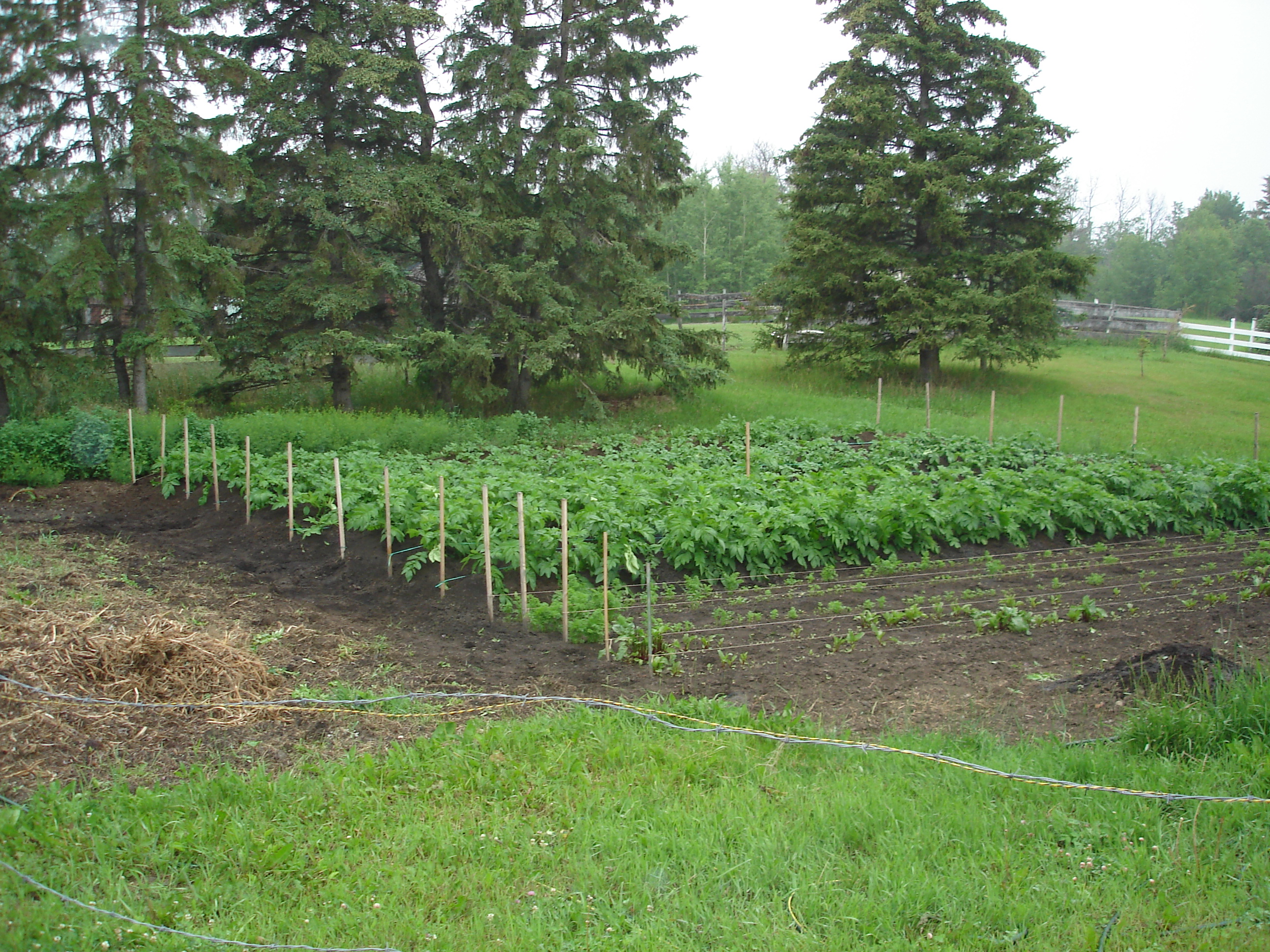 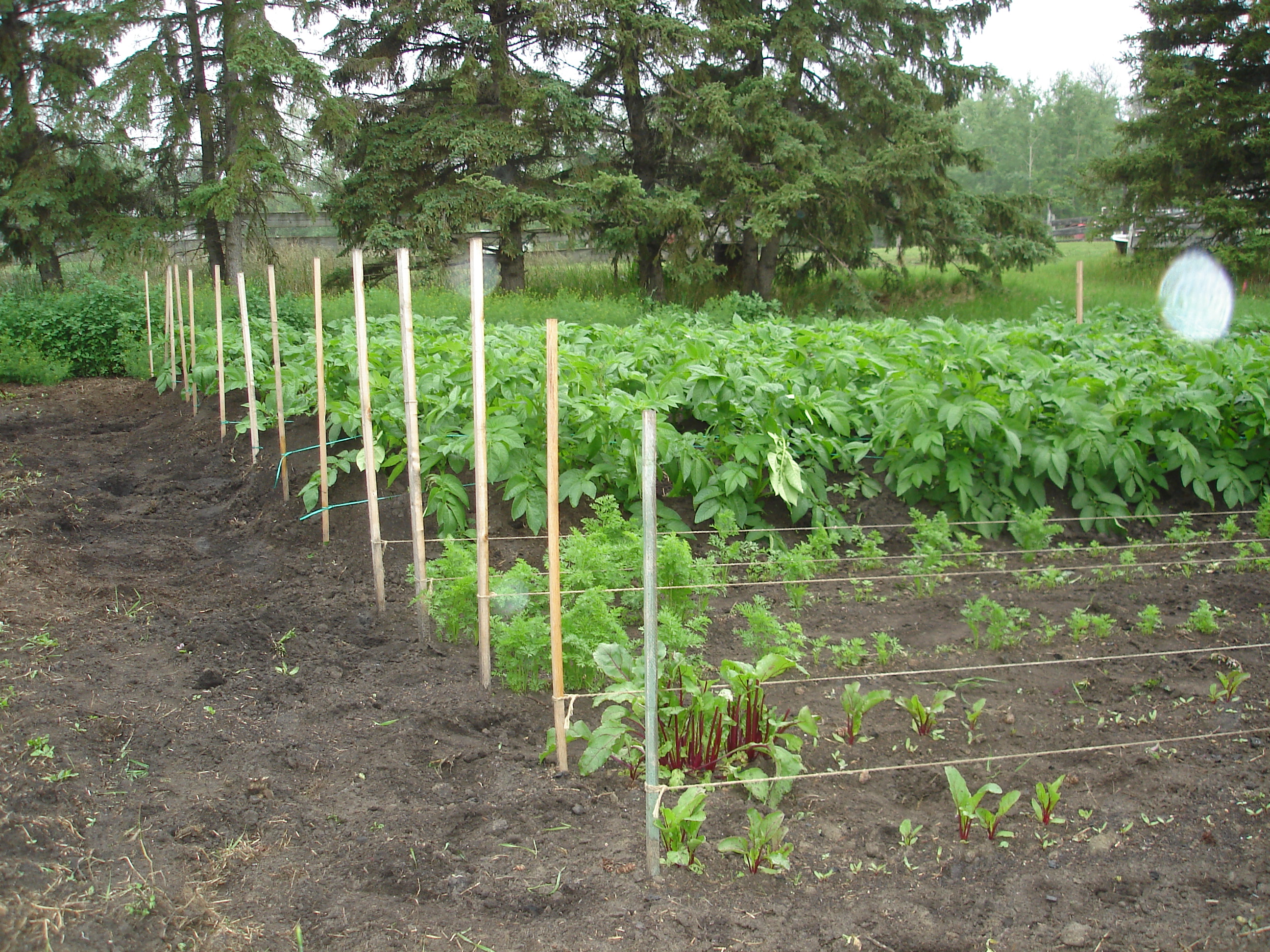 I did a little gardening this morning, bright and early. In the city, around 6:30, it had apparently finished spritzing long enough ago that the sidewalks were dry. But when I got maybe, ten miles out of town, the unsteady drizzle started and I began to question whether I shouldn’t turn around and head out on a dryer day. But I persisted, and I’m glad I did. When I got out there, the rain was so mild, it was easy to work without getting soaked.

Part of the reason I went out today was to check the state of my spuds, which you can see in their ample quantity in the pics above. When I got back from hilling them more this last Saturday, I was reading on the Web that over-hilling could stunt production. That just freaked me out. I have never not hilled like crazy, and things have gone really well. Since spuds grow off of the stems rather than the roots, the higher the hill, the greater the yield. Some of the plants I nearly buried and I wanted to brush some of the soil off before they flowered.

Anyway, when I got out there, it was pretty obvious my imagination had exaggerated how much dirt I’d been able to toss on them. As you can see, if you click the pics and view the guy-gantic versions, there’s tons of foliage above the soil line.

In the foreground, you can see my drought-year attempt at growing carrots and beets. What a joke that is! The largest plants (all ten of them) popped on time, leaving vast expanses between them, which I then reseeded in parallel rows a few inches from the originals. Then it decided to rain. The original seeds popped as well as the new ones. So now I have double rows of carrot and beet sprigs, which should yield some juicy fingerlings come fall. Gack.

The spuds are going to rock this year. The drought actually helped keep the weeds down. I was a smarty-pants and put popsickle sticks in, every second spud, so I knew where to weed. By the time the taters sprouted, there wasn’t a weed to be found and I could continue to water and weed with gusto.