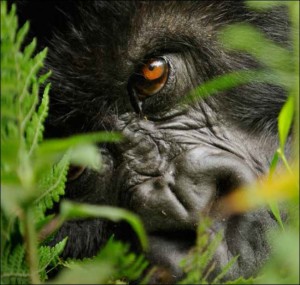 “The Living Planet Index (LPI), which measures trends in thousands of vertebrate species populations, shows a decline of 52 per cent between 1970 and 2010. In other words, the number of mammals, birds, reptiles, amphibians and fish across the globe is, on average, about half the size it was 40 years ago.” –LPI

When I read this paragraph a couple of days ago, I sat back in my chair and was unable to read any further. I remembered early morning walks I used to take, decades ago, in Elk Island National Park – which is not far from here – where the songs of thousands of birds accompanied me through the forest. Recently I visited the park again, hoping for the same experience, only to find the forest silent. All the songbirds had gone. Died, not reproduced, never made it out of their shells… whatever the reason, they do not live here anymore. Even on our little farm, the vast majority of birds are scavengers – magpies and crows – which gives the feeling that something catastrophic has happened to this part of the world.

What is to blame? I don’t recall any large meteor striking the earth. There are no volcanoes in Alberta. There has been no massive forest fire, no disease outbreak or Fukushima-type radiation leak. There is nowhere to point outside ourselves to lay the blame. We have done this. You and I. It makes no difference in the end whether you and I went out with rifles and shot all the songbirds or whether we killed them with our car exhaust and poisons that kept insects from eating our wheat crops. We did this. You and I.

This morning I was watching a TV program about the Toronto Zoo. Over and over again, it showed how much the keepers cared for the animals there, often going to extraordinary lengths to help one small injured creature. The tragic irony is, while those keepers worked and shed tears when their one charge died on the operating table, you and I are killing millions of similar creatures just outside the gates of that zoo. And instead of paying attention to the million we are collectively killing, we choke up over the one on TV that couldn’t be saved.

Do I have a point here? A charity you can throw money at? A 1-800 number you can call? No. I have a really simple request. And that is, remember this. Remember that you and I have done this killing. It’s not “heavy industry”, it’s not intransigent politicians or fossil fuels corporations. It’s not “The One Percent” or Monsanto or some evil conspiracy that is out of our control. There is nothing abstract about the cause. It is us. The cause is in the manufacture of that plastic toy you had as a child, that fire truck, that Barbie doll, which killed a songbird, maybe one, maybe a hundred. The cause is in the bread you reach for in the store, which snuffed the life a robin or a sparrow or for that matter a hive of bees or a coyote. The cause is in the car or bus you use to get to work, for it is a weapon and many small lives cease to exist forever when it is used.

The cause of this holocaust is not outside, it’s not far away and it’s not anonymous. The cause has a name. My name, first, middle and last, and your name, scrawled across the death certificates of millions of our fellow creatures: Cause of Death: Me.

Remember this. Be in mourning. Perhaps remembering will make you tread a little lighter on the earth.