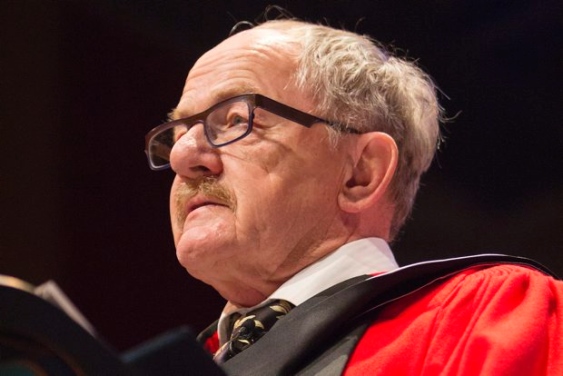 “Victoria poet Patrick Lane received an honorary doctor of letters degree from the University of Victoria on Nov. 13. Lane, who has won the Governor General’s Literary Award and numerous other honours, has written 25 volumes of poetry, as well as fiction and non-fiction. He is known for what the university called the “gritty honesty” of his style. In keeping with his unique voice, his convocation speech was moving and powerful. Here is the text of his speech.”