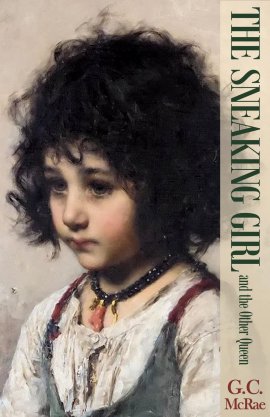 I’m sticking a fork in it. Six fairy tales in six months. As I may have mentioned, I’m releasing these stories as single publications. Next year, they’ll come out in a print book called, Seven Tales. They are all long-form stories that together will make up a novel-length book. Each has its own set of odd characters and its own twisted arc. The goal was to write something as good as the best traditional fairy tales. I’ll leave that up to you to judge whether I’ve succeeded.

The Sneaking Girl on Amazon