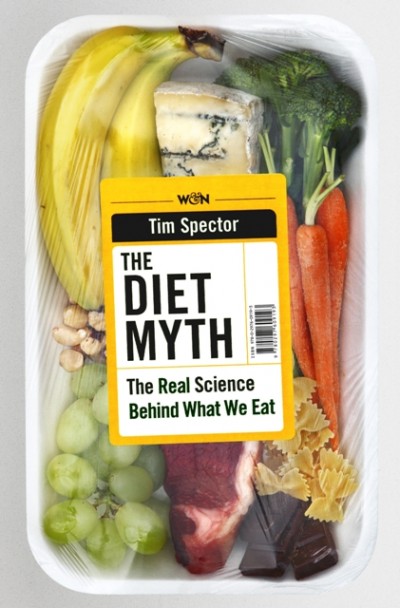 The Diet Myth by Tim Spector

I bought this book after seeing the author interviewed on David Suzuki’s The Nature of Things, (which Canadians can watch online). Though I knew a little about gut bacteria and the role it plays in our general health, our immune systems and the effect it has on our diet decision-making, the TV program consolidated a lot of my ideas and the book drilled the truths home.

Though the book wasn’t quite as good as I thought it would be, its central idea is so important, I would go so far as to say that no human should have to go about life ignorant of it. It should be taught in schools from an early age, promoted in government nutritional guidelines and play a part in every person’s food choices.

If you are on a diet of any kind, if you are having any sort of intestinal troubles, if you have trouble sleeping, crapping, staying awake, buy this book. I kind of wish the author had taken on the mantle of guru and made some explicit recommendations at the end of the book. But the gist is this:

1. There is good fat and bad fat. The good is very good, the bad is deadly.

2. Lack of fibre is perhaps worse for us than all the sugar and refined carbs we’re packing away.

3. What you eat creates it’s own feedback loop, making you want to eat more of it.

4. The health of your gut bacteria is the foundation upon which your immune system works.

6. If the best your doctor can do is recommend dieting and exercise, he has not been reading the latest research.

I will be looking for more books on this subject. Acting on its lessons has completely changed how we eat in our house. 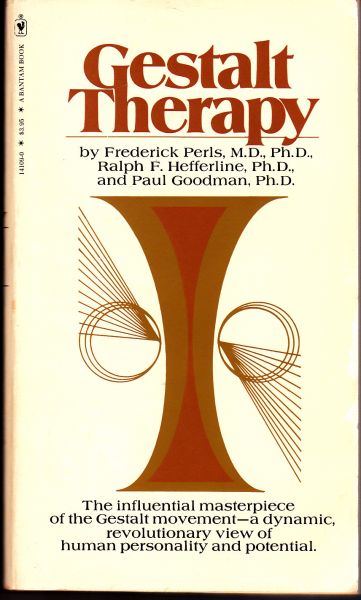 I first read Gestalt Therapy in the early ‘80s and it made a permanent impression on me and set me on a course that changed my life forever. As such, it’s a difficult book for me to talk about, so I’ll keep it short and try not to go rambling off into Lala Land about it’s implications. The book and it’s ideas date from the great postwar surge in the cognitive and behavioral sciences, the 1950s. This is the decade when some of the greatest minds in 20th Century psychology published their seminal works: Erik Erikson, Rollo May, Alfred Kinsey, Carl Rogers, B.F. Skinner, Harry Stack Sullivan, Abraham Maslow, Viktor Frankl.

The book is written as both a treatise and manual, offering both explanation and exercises in gestalt therapy. In a nutshell, the therapy seeks to help everyone, not just those suffering from mental maladies, by a systematic process of increasing awareness. That may seem like quite a lame goal, but if you think about it, a heightened awareness could easily be the reason some people seem to be smarter or more creative than others. For that matter, it could be the reason some people are more compassionate, better listeners, better friends or lovers.

When I started reading it, I did not realise the book contained a ton of simple practical exercises. I’m not big on that kind of book, so I resisted at first. Then I thought, what the hell, let’s give it a go. The benefits were immediate and wonderful, so I continued. By the end of the book, I can honestly say I was transformed, kitted out with a remarkable toolkit that would help me every day of my life thereafter.

I was watching a video the other day (Judson Brewer’s “A Simple Way to Break a Bad Habit”) and was reminded that raising awareness is not just some dumb subjective wank. It had real objectively verifiable benefits.

Let me say though, try and avoid the book “Gestalt Therapy Verbatim” by Frederick Perls. I bought it, mistaking the title for my old fav and regretted it. Though Perls is one of the originators of Gestalt Therapy, he often comes off as a bit of a stoner flake. Thankfully, he is only a coauthor of Gestalt Therapy, so his ‘unique style’, to put it kindly, is confined to a brief author’s note at the beginning of the book.

Buy it, do it. You’ll thank me later. 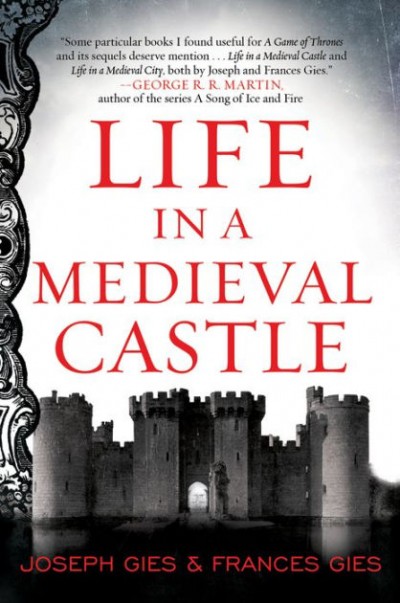 Life in a Medieval Castle by Joseph Gies and Frances Gies

Though the book’s been around since the ‘70s, I found it in a spanky new edition. Being a writer of traditional fairy tales, I guess you could say it was a professional read. Maybe I’ve read too much on the subject since it came out, for I’m sure it was a ground-breaking work 40 years ago, but I have to admit I didn’t learn a ton of new stuff from it. The historical bits (this king this, and this king that) bored me to tears and after a couple chapters of it I feared the whole book was going to be like that. Thankfully, the detail about medieval daily life I was seeking kicked in and I was amused for the rest of the book. If you know nothing about the subject, it’s a good place to start. 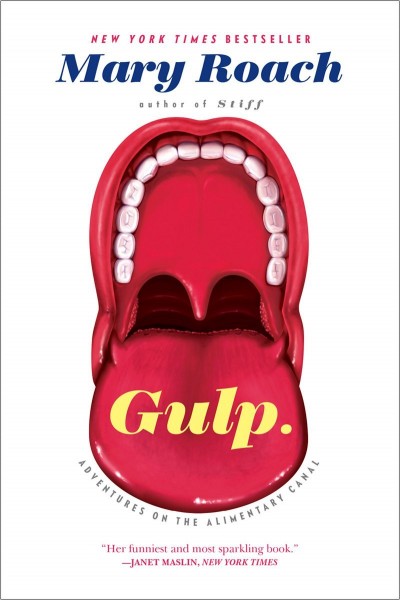 If you like non-fiction and have never read Mary Roach, run, don’t walk to the nearest bookstore and buy yourself an armload. Glancing through it a few weeks after finishing Gulp, I found myself immediately drawn back into her brilliantly lucid style and tongue-in-cheek humour. Seriously, if she chose to write about poop or corpses or vomit (which she does, a lot), I would still own every book and read them with relish (not that kind of relish).

Gulp is definitely one of her best. It is subtitled, Adventures on the Alimentary Canal. It takes us on a journey through the science of smelling and tasting all the way down to pooping and well, not pooping. The chapter on how Elvis lived and died is by itself worth the price of admission. (Just let me say, that poor friggin guy.)

I will always read Mary Roach’s books. And without question, I will reread them.