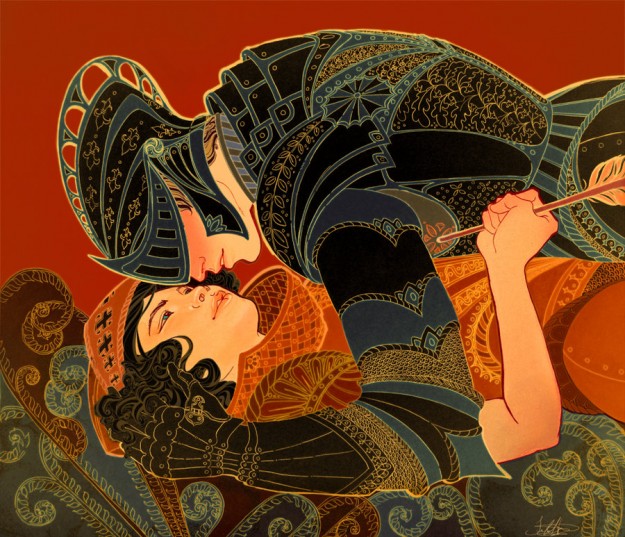 “So, you may ask, what is the use of studying the world of imagination where anything is possible and anything can be assumed, where there are no rights or wrongs and all arguments are equally good? One of the most obvious uses, I think, is its encouragement of tolerance. In the imagination our own beliefs are also only possibilities, but we can also see the possibilities in the beliefs of others. Bigots and fanatics seldom have any use for the arts, because they’re so preoccupied with their beliefs and actions that they can’t see them as also possibilities. It’s possible to go to the other extreme, to be a dilettante so bemused by possibilities that one has no convictions or power to act at all. But such people are much less common than bigots, and in our world much less dangerous.” -Northrop Frye