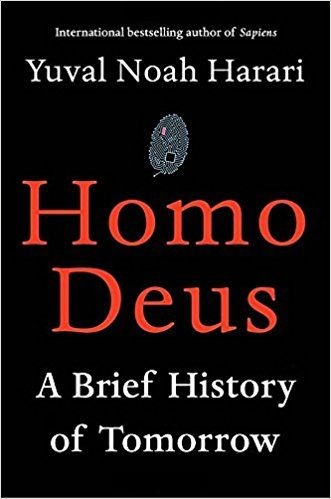 I’m not quite sure how to talk about this book. I read it. But I can’t believe I made it to the end. After reading his first effort, Sapiens, I thought, OK, he’s going to write about the future, which is up front and center in the news and weather these days as being not particularly rosy. It took ten or twenty pages to really wrap my head around the fact that he thinks everything is going to be peachy and the dominant feature of our collective future is going to be AI.

All right, AI. Not the end of oil, not climate change, not economic collapse, not the demise of ocean life and not the threat of billions dying from any of these factors – let alone all of them at the same time. AI. Really?

I could not believe this historian was so utterly blind to what is going on in the world today. Worse, he spends a significant portion of the book elaborating on his dumb idea. How AI will replace religion, liberalism, humanism and possibly even humans. You’d think his publisher or his editor might have pointed out that five minutes after the super-geniuses have invented the ultimate smartypants computer, they might be blown to smithereens by a super-tornado.

Oh, and where does he think the super-brain is going to come from? From Google and Facebook, which even now can predict your behavior better than your friends and family. Really? And what about when the power goes out, fucktard?

I am actually embarrassed to admit I’ve read this thing. Apparently, all we need to do to bring about machines smarter than ourselves is allow Google, Facebook and Amazon complete access to all our files, emails, photos and conversations. Because, you know, humans are not anything more than what we reveal online. The new religion is called dataism, where everything in the universe can be reduced to an algorithm. The guy sounds like a first year philosophy student who hasn’t quite grasped the difference between reality and a model of it.

And just for two seconds, let’s assume AI does come to dominate our lives over the next century. Who the fuck thinks it’s not going to be controlled by those with money and power? How is it in any way something to cheer, to encourage and not sound all the alarms? The guy needs to cancel his subscription to Wired. And wherever his mother is, wow, please give him a slap.