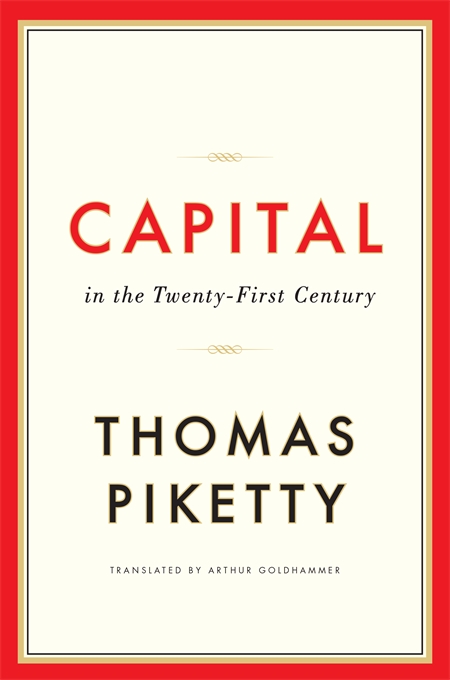 I found this a thoroughly unsatisfying book. Somewhere during the first third I started calling him Thoma Spiketty because there did not appear to be any meat or sauce, just endless strands of dry, barely-digested facts. His reason for writing the book was to enlighten the world with hard-won data where there was once a lack of it. Fair enough, but data does not equal meaning and he barely delves into the whys and wherefores with anything resembling insight.

For example, he does not address the source of everyone’s wealth, which is weird because without wealth there would be no book. It’s as if a thirty thousand foot mountain of cash suddenly appeared out of nowhere and all he can talk about is the division of its shares. Sure, that could be interesting. But it’s like an endless bass solo when the rest of the more musically interesting band is standing around waiting to play.

Yeah, yeah, it’s a very particular book for a very particular audience. But tracing the lines of a graph with words in place of a pencil is descriptive, not explanatory. I left thinking, wow, I can read my own damn chart, buddy. I don’t need a hundred pages of you jogging on a treadmill to tell me what I already know from a walk in the woods. When inquiring minds want to know why part of the data is low, telling us it’s because the previous section was higher not only doesn’t help, it’s fucking annoying.