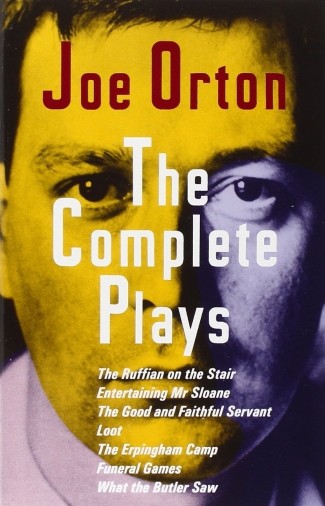 I read a line or two somewhere from one of Joe Orton’s plays and thought, wow, this guy can write. So I ordered the book and took my sweet time reading it, entirely because it did not start off as well as I had hoped. The first couple of plays (The Ruffian on the Stair, Entertaining Mr., Sloane) were not of the genius calibre I was expecting. The writing was merely clever and designed to shock. And not clever and shocking in a rich Oscar Wilde, G.K. Chesterton or H.H. Munro sort of way. He was just trying too hard. But by the time I got to the plays for which he was famous (Loot, Funeral Games) I was sold. And I truly began to mourn the loss of this great playwright (his lover murdered him when he was only 34). Now, how I wish there were more Orton plays! I love his sense of humor – dark, twisted and finely crafted. The world is a far richer place for his having walked among us for even so short a time. 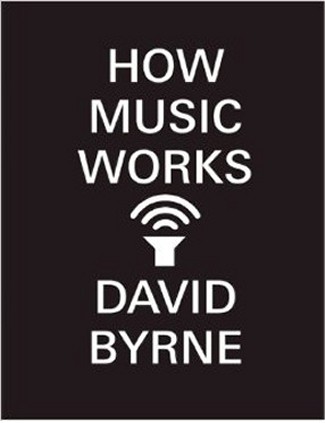 How Music Works by David Byrne

I received this as a gift and dutifully read it all the way through, though I have no special liking for David Byrne or his music. I saw him in concert this century, saw Stop Making Sense about ten years after it was made and never bought a Talking Heads album. The title of the book intrigued me and I was encouraged by the words, “Wildly Ambitious” on the back cover, which quoted a review from the Observer. Sadly, I was let down within the first chapter and my disappointment only deepened the further I read. The ‘music’ referred to in the title is the principally the music the author has made himself and experienced in his lifetime. The ‘works’ is actually a pun, referring to how he has ended up ‘working’ for a living as a musician. The book has nothing to do with the physics of music or the mysterious emotional impact that music has on humans. In fact, the man knows next to nothing about music that was made before he was born, nothing at all about what music is, in the audio waveform sense, and he certainly has no clue why humans make music to begin with. The book is pretty much a wank by someone who has no formal education and not the first inkling of a idea of the limits of his knowledge. People who know stuff, they have a handle on what they don’t know. David Byrne does not and will surely have no idea how embarrassed he should be by this book. 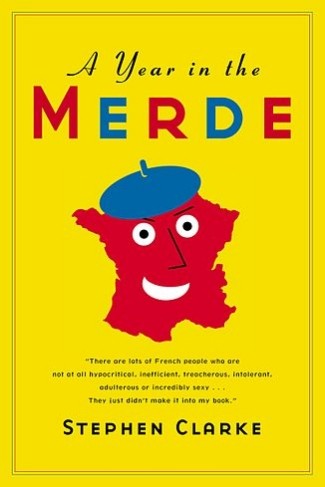 A Year in the Merde by Stephen Clarke

Formula: your typical modern guy let loose upon the clichés of Paris: the food, the wine, the women. A breezy read. A good beach book. 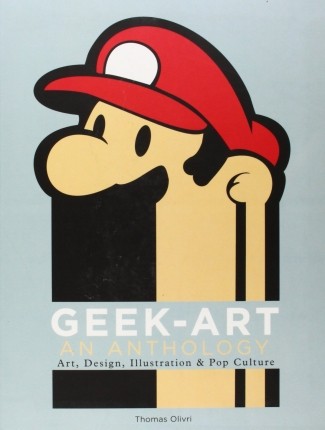 An art book specializing in pop culture icons appearing in the personal art projects of professional illustrators. If you like graphical minimalism, movie poster remixes, and Star Wars characters embedded in classical art, this book is for you. 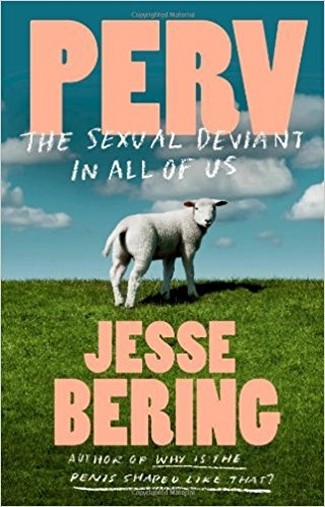 Perv, The Sexual Deviant in All of Us by Jesse Bering

I found this little gem when I only had about ten minutes to buy a book. Knowing next to nothing about the science of sexuality, I was intrigued by the promise of the title and the blurb on the back cover. Little did I know, the book was going to rock my little world – at least as far as my knowledge of sexual perversions went. For it turned out I knew nothing and in the past few decades, science has come a long way in demystifying sexuality, in drawing much bigger boundaries around what is normal primate behaviour and what the heck causes humans to be turned-on by very, very specific things and not others. Buy this book. You will know yourself a heck of a lot better by the end of it.